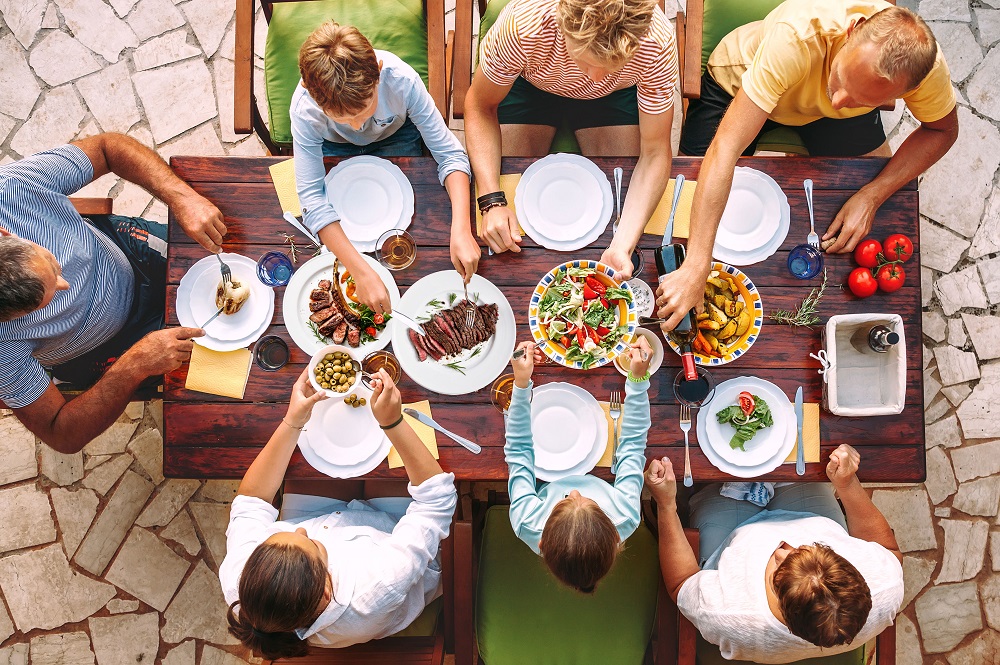 What do EU consumers value when buying food?

The European Food Safety Agency (EFSA) published the latest Eurobarometer survey carried out in the spring of 2022 (March-April) reflecting perceptions and attitudes of Europeans to food safety and what factors influence their food purchases.

From the more than 26,500 citizens of EU countries participating in the study, 54% indicated cost is the most relevant factor when it comes to food choices. Taste is second (51%), followed by food safety and origin (both 46%) and nutrient content (41%). The environmental and climate impact (16%) and ethics and beliefs (15%) come in at the lowest priorities.

The importance of price in purchasing decisions increased in 21 EU Member States since 2019, and respondents from 23 countries are less likely to mention food safety than in 2019. Clearly, our perceptions and experiences change over time and they adapt to the context of the moment.

More importantly, each country has its particularities. For the 63% of Spaniards, cost is the first priority factor when purchasing food (9% more than the EU average), followed by taste (52%), food safety (51%) and nutritional value (45%), ahead of geographical origin (41%), its environmental impact -for example, the carbon footprint- (10%), and its ethical principles and beliefs -religion or animal welfare, among others -, only mentioned by 5%.

Compared to the 2019 survey, price and taste are growing in importance, by 3% and 2% respectively on average in the EU, and 5% and 7% in Spain. The most marked differences between Spaniards and the average EU citizen are the greater relevance of price, food safety and nutritional content. Contrary to environmental aspects (6% less in Spain than the EU average) and ethical aspects, such as animal welfare (10% less in Spain).

Consumer priorities for 2022 are clearly laid out in EFSA’s Eurobarometer on food safety. EFSA’s Executive Director, Bernhard Url, said: “Much has happened since our last survey in 2019, not least a global pandemic and the outbreak of war in Europe. Such events have dramatic consequences and, unsurprisingly, we see that for many Europeans a rise in the cost of living is affecting their food choices more than before“.

The European Commission is in full development of its “Farm to Fork” Strategy for a fair, healthy and environmentally friendly food system presented in 2020. Described as “a new comprehensive approach on how Europeans value food sustainability“, it is based on the fact that “people pay more and more attention to environmental, health, social and ethical problems and seek value in food more than ever”. These are the premises that guide the revision of the rules on the production and marketing of food that will come into force in the coming years. But it does not always seem that the strategy is aligned with the current evolving preferences and values of citizens.

It’s understandable that in times of economic or public health uncertainties, the majority of citizens will not consider environmental protection among their top priorities, but authorities must take this into account, to ensure the continuity of agri-food production and reduce the risks of climate change, the main threat to food availability in the near future. The key is sustainability, which becomes one of the pillars of food policy in the EU. And the European Commission links this directly with the further development of organic farming, extensive farming systems or improved animal welfare, among other elements detailed in the Strategy.

The Commission outlines: “There is an urgent need to reduce dependence on pesticides and antimicrobials, reduce the excess of fertilisation, increase organic farming, improve animal welfare and reverse the loss of biodiversity.” Applying these measures implies a significant increase in costs, mainly due to the loss of efficiency (more resources, land, feed, animals or work are required to produce less food, and it will be more expensive). Let’s not forget that the so-called European Model of Production already imposes the most demanding standards in the world, with important advances in animal welfare, food safety and sustainability.

Recover the essential objectives of the CAP

The lack of raw materials, exacerbated by Russia’s war against Ukraine, and linked to the availability of food and energy, has affected not only our economy, but also public perception of agriculture, livestock, and food. The European Union is weakened as an economic and food power in this context. And it must rethink its strategy.

The reality today is that food is not as readily available or as cheap as it used to be and it is risky to over-rely on third countries for vital supplies. The example of the current energy supply crisis in Europe and how it impacts our lives gives us food for thought. And it takes us back to the foundations of the Common Agricultural Policy (CAP to most). The Treaty on the Functioning of the European Union (1957) established the objectives of the CAP that are still in force today: to increase the productivity of agriculture, to ensure a fair standard of living for producers, to stabilise markets and to guarantee their supply, as well as the supply of food to consumers at reasonable prices.

After many successful years in which the CAP was the engine of growth in agricultural productivity and managed to feed not only the European population, but also export food products to other countries, the EU stopped promoting production with European agricultural funds. Globalisation was the solution to supply products (including raw materials and food) to the rest of the world, thanks to interconnected and competitive markets and a World Trade Organization (WTO) that rejected such aid.

Today’s situation is different and “availability” is once again cited in Europe as an essential part of food security, with self-sufficiency as an objective (is it by chance that the French Ministry of Agriculture now adds in its name “and of food sovereignty“?).

Just a year after publishing its Farm to Fork Strategy, even the European Commission had to draw up a Contingency Plan to guarantee food supply and food security in times of crisis, in response to some vulnerabilities detected in the EU food chain that are of concern and must be addressed.

Redefining the Farm to Fork Strategy

It is clear that the “From Farm to Fork” Strategy arose as a food policy with a “first world” vision. It reflects the priorities and aspirations of an oversupplied prosperous society. Citizens, mostly urban, can pay more for different or alternative foods that meets their expectations, and the Strategy is a model for these citizens.

After its publication however, several studies warned that the Strategy would lead to lower food production in the EUi,ii, with impacts beyond EU territory, in countries around the world. It is the consequence of leaving productivity, availability and efficiency to one side and betting on a more ecological model and on extensive, family, local production, with (in theory) maximum environmental and animal welfare standards. Using more resources to produce less is not more sustainable in the true sense of the word and jeopardises the economic viability of a large part of the primary sector, which feeds the population of the European Union and other countries, with which it will lose competitiveness. It also makes the weekly shopping basket more expensive – highly relevant today – without providing tangible advantages (beyond the method of production), in terms of nutritional quality or food safety.

So, in short, are we really moving in the right direction?

We have the responsibility and we are still within time to reorient the European Union’s “Farm to Fork” Strategy over the coming years, incorporating today’s reality, the result of various overlapping crises, into the process. Food policy must be adjusted keeping the protection of the environment as a medium and long-term objective. And it must also evaluate the possible impact of the Strategy on the most vulnerable citizens, territories or activities, due to their socioeconomic conditions, development or adaptation capacity. Among others, this means many agricultural and livestock producers, small and medium-sized family entrepreneurs in rural areas throughout Europe who are often torn between maintaining their activity or abandoning it, due to lack of incentives and excessive mandatory requirements that add costs which are not compensated by the sale prices. The Strategy must take them in account.

Consumers want food produced under European standards at a reasonable price. And the EU agri-food system, which covers essential needs of our population, has to supply such food while offering a decent way of living, legal support and protection, and social recognition to the professionals therein. A well-designed food policy balances the needs of all actors in the agri-food ecosystem to make it function in a stress-free and sustainable way. This is the only way to maintain a productive agri-food system that fulfils an irreplaceable role: feeding citizens, as well as managing the land, generating wealth and development and protecting the environment. Such services that farmers and livestock producers carry out almost exclusively in rural areas, and that are often unpaid. The EU’s food strategy must defend the continuity of this system for the good of all citizens, and for meeting the needs of consumers, food operators and our planet.